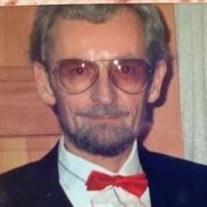 William Guy Reid, Jr. (Guy) passed away at his home August 27, 2021, in St Augustine, FL. Guy was born August 30, 1938, in Richmond, VA and was brought home to South Hill, VA. Later, his family moved to Oxford, NC where Guy attended Oxford High School and enjoyed high school plays, art classes and was a member of The Beta Club. After his graduation, Guy joined the United States Air Force serving our country for 8 years. He resided in California for many years and attended California State University in Los Angeles where he achieved an MS degree in business management. He was employed by Union Carbide during much of his career. Later in life Guy dabbled in various art forms including painting, but usually found himself pursuing his passion of writing that included numerous poems and fictional stories. Guy lived a very full and eventful life loving his family and his many friends. He worked in his church, feeding the hungry and helping others in any way he could. Guy was an animal lover and his favorite of many was a long hair dachshund named MacTavish. Guy was predeceased by his partner of almost 40 years, Ben Fluitsma, his parents; William Guy Reid (Bill) and Martha Frances Bowen Reid both from South Hill, VA, and his great nephew Austin Scott Jones. Surviving is his sister; Barbara Reid Jones, Oxford, NC; three nephews and their spouses; Roy Jones, Jr. (Audrey) of Louisburg NC, Richard Scott Jones (Susan) of Oxford NC, Greg Jones (Shelley) also of Oxford NC; niece, Lisa Newton (Billy) of Bullock, NC and his great nephews; Holden Jones (Kelly) Blake Newton and Logan Jones along with great nieces; Megan Newton and Elizabeth Jones all from Oxford NC. A Memorial Service will be held at The Center for Spiritual Living located at 1795 Old Moultrie Rd, St. Augustine, FL 32084 on Sunday, September 12, 2021, at 11:30 AM. There will be a graveside service at Meadowview Memorial Park Cemetery in Oxford, North Carolina on October 16, 2021, at 11:00 AM. In lieu of flowers the family requests donations be made to the Granville County Animal Shelter located at 515 New Commerce Drive Oxford, NC 27565 or to the food bank sponsored by the Center for Spiritual Living in St. Augustine Florida. Service is in the care of St Johns Family Funeral Home & Crematory of St Augustine, Florida.

The family of William Guy Reid Jr. created this Life Tributes page to make it easy to share your memories.

Send flowers to the Reid family.