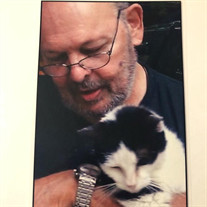 Thomas H. Sitten, 76, passed away on July 25, 2021, in St. Augustine, Florida. He was born in Montgomery, Alabama and moved to Winter Haven, Florida in Middle School. He graduated from Winter Haven High School, joined the U.S. Air Force and was stationed in Thailand during the Vietnam War. Adept at languages, he spoke fluent Thai upon his return. He went on to become certified as a Mental Health Counselor with a specialty in addictions. He worked at Gateway in Jacksonville, Tri-county Mental Health and Stewart-Marchman treatment centers during his career. Scores of people in the Tri-County area were helped by his compassionate care and understanding. Tom was married to Mary Lou Hofmann in 1985 and they had two wonderful children, Ben and Becca. Their lives were filled with laughs, good times, and wonderful adventures. In 1989, Tom meticulously planned and fulfilled a dream of trekking around the Annapurna Circuit at the base of Mt. Everest in Nepal for 6 weeks. This was absolutely one of the highlights of his life! For their 12th birthdays, each child was treated to a trip out west with Tom where so many memories were made! Tom was a character, blessed with an amazing spirit and fantastic sense of humor. He loved, as he would say, all ‘sentient beings’ but had a particular soft spot for puppies and people down on their luck. He was a gifted storyteller who would entertain with his Southern drawl and most unique perspective on life. An avid writer, he enjoyed writing poetry and would do readings with the St. Augustine Poets Society. When his favorite cat passed away, he commented that Simba left because he had given away all of his love. We will surely treasure all of the love that Tom gave away during his lifetime. He is survived by Mary Lou Hofmann, his son Benjamin T. Sitten, his daughter Rebecca M. Parsons, son-in-law Michael L. Parsons, granddaughter Nora Jane Parsons and brother Bob Sitten. He was preceded in death by his parents John and Maude Sitten as well as brothers Jackie and Fred Sitten. A Celebration of Life is tentatively planned for late October with details to follow regarding venue. Tom’s birthday was Halloween which he always enjoyed. He would say, “My birthday is great! Everyone dresses up and gives me candy!” Tom would want you to keep donating to whomever you want to help. St. John’s Family Funeral home is handling the arrangements.

Thomas H. Sitten, 76, passed away on July 25, 2021, in St. Augustine, Florida. He was born in Montgomery, Alabama and moved to Winter Haven, Florida in Middle School. He graduated from Winter Haven High School, joined the U.S. Air Force and... View Obituary & Service Information

The family of Thomas Harris Sitten created this Life Tributes page to make it easy to share your memories.

Send flowers to the Sitten family.