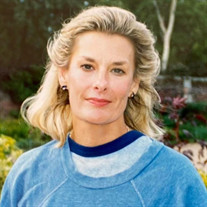 Tara Lamport-Stokes, 79, passed away March 11, 2022, at the Bailey Family Center for Caring in St. Augustine with her husband, Mark Lamport-Stokes, by her side. She was born in Washington D.C. to Eli Abbott Jr. and Frances Guthrie Turner and attended several local schools across the country (her civil engineer father moved around almost every year with his job) before she majored in sociology and minored in English at the University of Alabama at Tuscaloosa. She married Thomas McCorvey Stevens II in February 1961 and gave birth to daughters Lacie Walker, in November 1963, and Kathryn Garrett, in September 1966. She divorced Thomas Stevens and married William Robert (Bob) Evans Jr. in 1971, before giving birth to her son Robert Evans in February 1973. Tara lived a life full of compassion and adventure. In 1982, she moved with her family to Saudi Arabia where she founded the Road Runners – a group of women who jogged in the desert. She worked as an interior decorator, and designed rooms in several of the royal palaces. She spent part of her life living in a monastery in India, both practicing her religion, the Nyingma school of Tibetan Buddhism, and aiding Tibetan refuges. After divorcing Bob in 1988, Tara changed careers and joined Club Corporation of America as a membership manager. She lived at the Buddhist monastery in South Florida where she was the caretaker and student of Venerable Lama Chimed Namgyal. He was a beloved father figure to Tara. She worked at several city and golf clubs in Florida before moving to South Africa in the mid-1990s, as membership manager at Mount Edgecombe Country Club outside Durban. It was there in 1996 that she met her love Mark, who became her third husband, in 2000, after they had relocated to London. Tara again made a career shift, joining Club Corporation of Asia and in 1999 she and Mark moved to Moscow where she worked for a year at the Monolith Family City Club. After two further brief stints in Moscow, Tara returned to England where she worked for Club Corporation of Asia at Brocket Hall, an elegant Georgian stately home just north of London. After Mark had a job transfer from London to Los Angeles in late 2005, Tara began working as a realtor in LA where she dabbled in painting and writing book manuscripts. She also spent a lot of time doing charitable work in the inner-city. A keen runner and tennis player, Tara competed in several marathons over the years, regularly attended the gym and she made a memorable 17-day trek up to Mount Everest Base Camp in the 1980s. She loved to hike and she and husband Mark covered long sections of the Cotswold Way, the South Downs Way and the South West Coast Path while they lived in England. Tara is survived by her husband of 21 years, Mark; her daughters Lacie and Kathryn; her son Robert; her grandchildren James, Annabel, Parker, Pierce and Bentley; her great-grandchild Florie; and her twin brother, Guthrie Turner Abbott. A Buddhist funeral and cremation will be held Friday, March 18, at 2:00 PM. EST at St Johns Family Funeral Home. Covid-19 safety protocols will be in effect. Any donations in Tara’s honor can be made out to "PBC" (Padmasambhava Buddhist Center) and mailed to: Padma Samye Ling, 618 Buddha Highway, Sidney Center, NY 13839. Alternatively, people can make online donations in Tara's honor via: https://www.paypal.com/donate/?hosted_button_id=M9JSV7TNV399U. St Johns Family Funeral Home & Crematory is in charge of the arrangements.

Tara Lamport-Stokes, 79, passed away March 11, 2022, at the Bailey Family Center for Caring in St. Augustine with her husband, Mark Lamport-Stokes, by her side. She was born in Washington D.C. to Eli Abbott Jr. and Frances Guthrie Turner and... View Obituary & Service Information

The family of Tara Lamport-Stokes created this Life Tributes page to make it easy to share your memories.