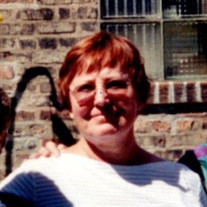 Sandra “Sandy” Bakun, 83, passed April 14th, 2022, in St. Augustine, Florida. She was born in Chicago, Illinois to Jerry and Mabel Mankins. She attended local schools and graduated from high school before marrying Edward Hanson, Sr. on September 28, 1957. After the birth of her children, Sandy began a career in technology in the 1970’s. Sandy was working in technology at the forefront and thus was able to cultivate a very successful career in software sales as a travelling account representative before retiring in the 2000’s. During the final decades of the 20th century Sandy met Nick Bakun and married for the second time. Following retirement, Sandy began a hobby career owning a small ceramics business “Painting Hot Pots” in St. Augustine. Sandy participated in churches, always gave as much as she could, and volunteered her time generously to strangers as well as her family. Sandy loved sports and games. She learned tennis and eventually found a serious passion in golf. Sandy and Nick enjoyed St. Augustine tremendously and welcomed many guests and toured people around the historical sites and beaches with pride. Sandy and Nick lived in a loving and welcoming home to many family members. Anyone who knew Sandy, knows she loved ferociously. She also had a keen sense of wonder and adventure that was contagious. Sandy is predeceased by husband Nick Bakun, daughter Jodie Ackman, and granddaughter Lindsay. Sandy is survived by her son Chad Hanson, his son Brannon Hanson, her son and wife Edward “Eddie” and Karen Hanson, their daughters Brooke and Skye, as well as granddaughters Amanda and Megan. She also is survived by great-grandchildren: Amarion, Amarius, Kace, Ryder, and Kansas and various Bakun families as well as many cousins, nieces, nephews, and friends. A Celebration of Life will be held in the summer of 2022 and information for in person and streamed attendance will be circulated once details are decided. St Johns Family Funeral Home is in charge of arrangements.

The family of Sandra Jane "Sandy" Bakun created this Life Tributes page to make it easy to share your memories.

Send flowers to the Bakun family.