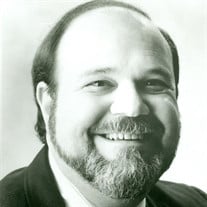 Dr. Roger James Geronimo, age 70, of St. Augustine, passed suddenly on Sunday, August 1, 2021. “Dr G” as he was widely known, was born on March 7, 1951 in Greenwich, CT. He graduated from Brien McMahon High School in Norwalk, CT then studied Economics at colleges and universities earning an AS, BS, MBA and a PhD in Economics. He embarked on his business career as CFO for Comber Electronics, then CFO for Picker Nuclear before becoming Director of Product and Marketing for United Technologies Norden Systems in Norwalk, CT. Roger embarked on his lifelong love of teaching economics and finance, eventually earning a full professorship. While at Norden Systems Roger met Elizabeth Dole and husband, Senator Robert Dole, becoming fast friends. Mrs. Dole recommended Roger to President Reagan as an Economic Advisor. President Reagan appointed him Under Secretary of the Treasury, a cabinet level position where he wrote white papers as an Economic Consultant. Roger became a College Dean at Cesar Ritz Hospitality College in CT and Switzerland. He was then CFO for Connecticut State College and CFO for the University of Hartford. In the 1990s, he began his acting and singing career. He studied voice at the New Milford Conservatory, as well with dramatic tenor John Shackleford. A highlight for Roger was singing Tenor at the Shubert Theatre under the baton of Maestro Anton Coppola. After he was diagnosed with Parkinson's disease and moved to warmer weather, he sang Tenor with Opera Tampa for 11 years with Maestro Coppola. Roger was a live radio broadcaster with his brother Dennis for 10 years on “The Dr. and Dennis” show on Flagler College WFCF. He also enjoyed his positions as an online professor of finance and accounting for graduate instruction. He donated his time and talent to Wolfson Children’s Hospital, as well as the St. Johns County Veterans Association. He was an avid dog lover who performed concerts to benefit those in need. He was also a volunteer at St. Ambrose Church. Roger had two daughters, Jennifer Ellis of CA and Kristin Geronimo of NY. He was predeceased by his beloved wife Debra Leonardy Geronimo. He is survived by his two daughters, as well as his brother Dennis and sister-in-law Joan of St. Augustine. Services will be held at 10:30 a.m. on Friday, August 13, 2021 at St. Johns Family Funeral Home with Father Stephen Zehler officiating. A visitation begins at 9:30 a.m. Those unable to attend can view the service live streamed at https://iframe.dacast.com/b/156599/c/549019 . In lieu of flowers, please send donations to your choice of: Wolfson Children's Hospital, Florida Chapter of the ALS Association, or to the Michael J. Fox Foundation for Parkinson's Research. St. Johns Family Funeral Home is in charge of arrangements.

The family of Dr. Roger James "Dr. G" Geronimo created this Life Tributes page to make it easy to share your memories.

Send flowers to the Geronimo family.