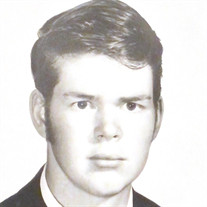 Robert Edward Norwood, age 70, was called home peacefully on Thursday, January 6, 2022, following a lengthly illness. Bob was born and raised in Weymouth, Massachusetts and graduated from Weymouth High School. Later in life he sailed from nearby Hingham, Massachusetts to Florida and discovered a beautiful place, St. Augustine, where he would soon move to with his family. After years in St. Augustine he moved again and settled in Hastings. There he was the happiest in his yard where he could be close to nature while plucking fresh fruit off the trees he grew by seed or vegetables from his many gardens. He would often pick and bring a few gorgeous roses, usually pink, to his mom in the nursing home. He loved the outdoors and was proud of how he was able to grow just about anything anywhere and it showed! Bob was a very clever guy who knew almost anything about everything because of his love of reading and ongoing learning. He could fix anything and liked to tinker with parts of motorcycles, cars, trucks, lawnmowers or any kind of engine and put the parts back together like a perfect puzzle and have it run again. When he was very young in Weymouth he made his own stick fishing poles and never outgrew his love for fishing. Bob was a talented craftsman who made beautiful wooden tables to envy and top quality rowing oars. He loved the ocean and refurbishing all sorts of boats from wooden to fiberglass and motor to sailboats. It was one of those sailboats he worked on for months in Hingham, Massachusetts that brought him to St. Augustine. But most important of all Bob will be remembered and honored for the kind person he was and no matter what he would always say, "I have everything I need". He was a strong person and never expected nor asked much of anyone and always put others first. He chartered his own course all thru life. His personal faith and beliefs gave him the strength to live life his way right up to the final curtain. He loved his best friend, Bandit, who is still missing him greatly but being loved and cared for now by his former wife, Cathy, and her husband, Cliff. Bob was preceded in death by his loving mom and dad, Theresa and George (Gene)Norwood. We know too that Bob was guided to his place above by his 2 grandsons, Shelly’s boys, Scott and Sam Smith, who also preceded him in death. He is survived by his two devoted daughters, Shelly and husband Dean Cox, St. Augustine and Nancy and her husband Jason Thomas also St. Augustine, along with two beautiful and very loving grandchildren, Lorali Thomas and Delaney Cox. In addition, he is survived by his loving brother Rick Norwood from St. Augustine and his loving sister, Joyce (Norwood) MacLellan and her husband Doug from Duxbury, Massachusetts as well as two nephews, Craig and Scott MacLellan. He will be sorely missed immensely by his family and anyone who knew him. In lieu of flowers, a special way to honor Bob's memory is to plant a tree, help save the earth and show kindness to others. Due to current pandemic circumstances, a small private memorial service will be scheduled at a later date.

The family of Robert Edward Norwood created this Life Tributes page to make it easy to share your memories.

Send flowers to the Norwood family.