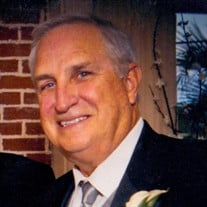 Rick Johnson passed away peacefully on July 1st 2021 at the Bailey Family Center for Caring Hospice in St. Augustine, Florida. He was surrounded by the loving presence of his family, Catholic clergy and caring staff. Rick was born on January 1, 1948 in Phoebus, Virginia to parents, Richard Johnson Sr. and Peggy Johnson. As a young child he enjoyed biking around the neighborhood with friends, playing at the beach and exploring nearby Buckroe Beach Amusement Park. Rick’s love for sports started early. As an avid baseball fan and active player, he spent nearly every summer at the Phoebus, Virginia baseball fields. In 1965, Rick graduated from Kecoughtan High School. He worked at the post office throughout college while attending Old Dominion University, achieving a Bachelor of Science degree in Business Administration in 1971. As chance would have it, he met Teresa Rankin on a blind date. A few years later, she became Teresa Rankin Johnson when they wed at Our Lady of Mt. Carmel Church in Newport News, a marriage that lasted 50 years. Rick began his career in 1972 as a criminal investigator with the United States Postal Inspection Service. Following twelve years of dutiful service in Washington, DC he transferred with his wife and two daughters to Jacksonville, Florida in 1984. Although he technically retired in 1998, Rick continued to perform contract work and volunteer service. He was the St. Johns County manager of Seniors vs Crime for seven years. Rick also served as the Chairperson of the Marsh Creek HOA Security Committee for numerous years. He was a positive force and staunch advocate for his community. Rick was an active member of the Saint Johns County Sports Club. His proudest moment was creating the St. Augustine Senior Softball League in 2002. He was a natural leader on and off the field. He coached and played on a travel team that won numerous local, state, regional, and national championships. The league is still in existence with over 150 players now playing year-round. Rick Johnson will be dearly missed by his friends, family, teammates and community. He is survived by his loving wife of 50 years, Teresa Rankin Johnson, and his two daughters; Erika Oles (Steven) of St. Augustine, FL and Kimberly Johnson (Blake) of Abilene, TX. He leaves behind three grandchildren; Cameron Oles (20), Noah Oles (14), and Landen Oles (8). Rick is also survived by his sister Stacie Allred, his nieces Lindsey Allred (Scott) and Erin Allred, his brother Paul Johnson (Lisa), and his nephew Patrick Johnson. The family requests that expressions of sympathy be made in the form of donations to the Saint Johns County/St Augustine Sports Club 830 Anastasia Blvd. St Augustine, Florida 32080. A Visitation will be held at 12 Noon on Friday, July 9, 2021 at St. Johns Family Funeral Home followed by a Memorial Service at 1:00 pm with Fr. Arbo Lekule officiating. Interment will follow at San Lorenzo Cemetery. Those unable to attend can view the service live streamed at https://iframe.dacast.com/b/156599/c/549019 St. Johns Family Funeral Home is in charge of arrangements.

Rick Johnson passed away peacefully on July 1st 2021 at the Bailey Family Center for Caring Hospice in St. Augustine, Florida. He was surrounded by the loving presence of his family, Catholic clergy and caring staff. Rick was born on January... View Obituary & Service Information

The family of Richard G. "Rick" Johnson Jr. created this Life Tributes page to make it easy to share your memories.

Rick Johnson passed away peacefully on July 1st 2021 at the Bailey...

Send flowers to the Johnson family.