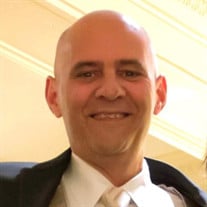 Raymond Joseph “Ray” Cicia, Jr., age 63, of Jacksonville, passed away unexpectedly on June 7, 2021 at Mayo Clinic in St. Augustine. Ray was born in Montreal, Canada and later moved to Hollywood, Florida with his family at the age of 10. He was a 1974 graduate of Chaminade – Madonna High School in Hollywood, FL, and went on to graduate from Barry University with a Bachelor’s Degree in criminal justice. For a short time, he worked as a Private Investigator in California until beginning a career in Insurance Sales. Ray opened his own automobile Insurance Agency, Allstar Agency, in Hollywood, FL. in 1986 Ray enjoyed his work and loved to make money. He successfully operated the agency for 35 years, retiring in April of 2020. He met the love of his life, Michel Mercure, in 2004 and married her on July 3, 2008. In the mid 1990’s Ray had a life changing experience through the help of AA, and was proud to be sober 25 years …… until the day he died. He poured his heart and soul into helping others and sponsored well over 50 people, all of whom have become “friends of Bill W”. Many of those went on to help people in similar situations through the guidance and inspiration that Ray had on others. But more than anything, Ray was a man of strong faith, a devoted husband, loving father and adoring grandfather who be deeply missed. He is survived by his wife, Michel, of Jacksonville; a stepson, Ricky, his wife, Jessica, and granddaughters, Chandler and Reagan. A celebration of Ray’s life will be held at 4 pm on Monday, June 28, 2021 at St. Johns Family Funeral Home. Those unable to attend can view the service live streamed at https://iframe.dacast.com/b/156599/c/549019 . St. Johns Family Funeral Home is in charge of arrangements.

Raymond Joseph &#8220;Ray&#8221; Cicia, Jr., age 63, of Jacksonville, passed away unexpectedly on June 7, 2021 at Mayo Clinic in St. Augustine. Ray was born in Montreal, Canada and later moved to Hollywood, Florida with his family at the age... View Obituary & Service Information

The family of Raymond Joseph "Ray" Cicia Jr. created this Life Tributes page to make it easy to share your memories.

Send flowers to the Cicia family.