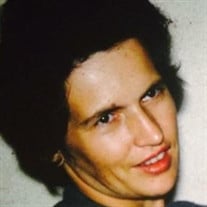 Millard, Philippa (Beatriz Philippa Muse Millard) passed into eternal rest December 25, 2021 at home with her beloved dog Nico by her side. She was predeceased by her husband James Millard (2016), and sister Katherine Furcron, as well as by her brothers Benjamin and Paul Muse. She is survived by her sister Carlota Rokita of Vienna, Austria, and children Ann, James (Patricia), Patricia (Ralph), Philip (Yanisbel), Mary (Edwin), Elizabeth (Rolando), Peter and Emily (Nicolas). She leaves to celebrate her memory her grandchildren; Holly Hall Adams (Jack), Christina Wharton (Ben), Natalie Ryan (Tommy), David Aceves (Haleigh), Sarah Schmidt, Gabriella Millard, Michael Schmidt, Nicholas Millard, Benjamin Poupore, Christopher Poupore, and Elena Botts; and great grandchildren; Elijah Wharton, Mikayla and Tommy Ryan III, and Mary Aceves, as well as countless nieces and nephews. Philippa was born July 30, 1932, to Benjamin and Beatriz Muse in Montevideo, Uruguay, while her father was in the Foreign Service. They journeyed on for another assignment in Bogota, Columbia, where the Sanchez family came into their lives, who accompanied them to the United States for their next chapter. The two families moved to Petersburg, Virginia, where Philippa lived on a self-sustaining farm, Dunedin Estate, while her father pursued a political career. On the outbreak of WWII, the family moved to Washington, D.C., and Philippa’s father served in the U.S. Army. Philippa attended the Covent of the Sacred Heart school. The family later moved to the farm “on the hill” in Manassas, VA, and operated the Manassas Messenger from a plant next to the Courthouse. Later they did commercial printing from a building at the edge of the front field. She, her brother Paul, her sister Carlota, and sister-in-law-to-be Marilyn, were all employed in the family newspaper business. Philippa attended Osbourn High School, where she excelled in English and languages and served as the Yearbook Editor. Growing up, she heard many stories of the home of her mother’s youth, Merida, in Yucatan, Mexico, where she and Jim later traveled, and which greatly influenced her outlook on life. Philippa attended the Foreign Service school at Georgetown, where she met “Jim” Millard. They married April 4, 1953, and spent time as a young family at Biloxi, Mississippi, and Tucson, Arizona during Jim’s service in the Air Force. From there, they began a life raising a large family on the Manassas farm, along with many dogs, cats, livestock, tropical birds and even an alligator and two raccoons. Their devout Catholic faith sustained them through life’s ups and downs. Philippa pursued a career with the Internal Revenue Service, rising to the role of the director of its International Visitors Program, which gave her an opportunity to travel internationally. Jim and Philippa had a passion for travel and enjoyed boating as the children grew older, and eventually bought a home in St. Augustine on the Matanzas River before retiring. In retirement, Philippa grew restless and held jobs at Isabella’s, The Oldest House, and even opened a small shop in St. Augustine, “St. Anthony’s Pig.” Later, they enjoyed part-time living in Brittany, France for seven years, hosting many family members. Philippa will forever be remembered for her loving, compassionate and joyful nature, her open mindedness and tolerance, and her great intelligence and curiosity. She loved animals, antique and bargain shopping and was always open for a new adventure. Most of all, she loved her husband, children, grandchildren and great grandchildren and dogs Nico, Smokey, and Lucy. Gifts in her memory can be made to S.A.F.E. Pet Rescue, St. Augustine. Philippa’s life will be celebrated at a Funeral Mass, Cathedral Basilica of St. Augustine, January 10, 2022, at 9:00 AM. Vaccinations are urged, masks and social distancing is required at the family’s request. St Johns Family Funeral Home & Crematory is in charge of arrangements.

Millard, Philippa (Beatriz Philippa Muse Millard) passed into eternal rest December 25, 2021 at home with her beloved dog Nico by her side. She was predeceased by her husband James Millard (2016), and sister Katherine Furcron, as well as by... View Obituary & Service Information

The family of Philippa Millard created this Life Tributes page to make it easy to share your memories.

Send flowers to the Millard family.