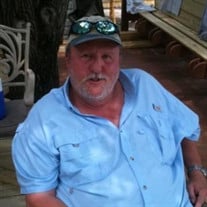 Michael George Hennessey, 76, of St Augustine, Florida died on February 10, 2022, at the Bailey Family Center for Caring surrounded by his loved ones. Michael was born in Pasadena, California on August 10, 1945, to Michael Joseph and Charlotte (Houck) Hennessey. The family almost immediately moved to Cedar Rapids, Iowa where Michael was raised on the family farm. Michael attended local Cedar Rapids Catholic schools and upon graduation he soon enlisted in the United States Navy. He honorably served our country for four years during the Viet Nam Era and upon completion of his service he met and married his wife, Kathy. They would have celebrated their 53rd anniversary this coming April 12th. Michael took advantage of the GI Bill and began attending the University of Miami where he would earn his degree in electrical engineering. Michael embarked on a career with Florida Power & Light and eventually took early retirement. Retirement from FPL offered him the opportunity to pursue other avenues of interest. He would go on to earn his master black belt designation in Six Sigma and he took his talents around the world instructing others and working on major projects as a Quality Improvement Specialist. Michael loved to fish and spent many days fishing various tournaments from creeks to the ocean. He also spent many days on the water with his family as they would often fish together. He also loved to hunt and was an avid gun collector. His tournament competition was not limited to the water as Michael also competed in shooting events as a competitive Steel Challenge shooter. Michael was proud of his Irish heritage and was an active member of San Sebastian Catholic Church. He never met a stranger and befriended many who crossed his path. He was fiercely protective of his family and loved them dearly. He was kind, loving and had a passion for his extended family. He loved the Beatles and loved to dance (although it may not have been his most accomplished skill) and he loved a good time with friends and family. Michael is survived by his wife of nearly 53 years, Kathy. He is also survived by daughters; Jeannette (David “Jeff” Mitchell) Carawan, Christina (John) Lowe and Michelle (Robert) Martin. He is also survived by grandchildren Connor Stolen, Michael Carawan, Dorothy Martin and quadruplets Abagail, Jack, Julie, and Stephanie Martin along with many other family members and loved ones. A Memorial Service and Mass will be held at San Sebastian Catholic Church on Friday, February 18, 2022 at 10:00 AM. The church is located at 1112 FL-16, St. Augustine, FL 32084. COVID-19 protocols are in place at the church. St Johns Family Funeral Home & Crematory is in charge of arrangements.

Michael George Hennessey, 76, of St Augustine, Florida died on February 10, 2022, at the Bailey Family Center for Caring surrounded by his loved ones. Michael was born in Pasadena, California on August 10, 1945, to Michael Joseph and Charlotte... View Obituary & Service Information

The family of Michael George Hennessey created this Life Tributes page to make it easy to share your memories.

Send flowers to the Hennessey family.