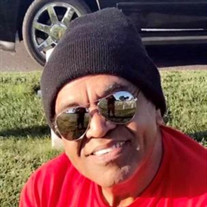 Lino Anetele’a Pelesasa, age 66, of Pittsburg, California, passed away unexpectedly of November 27, 2021 at Baptist Medical Center South in Jacksonville. He was born on March 6, 1955 to Matai’a and Pasilika (Fuata) Pelesasa in Honolulu, Hawaii. Lino grew up in many places, including Hawaii and San Francisco, following the career of his father, who was an officer in the US Army. Lino also served in the Army for a short time. He met his wife-to-be, Anna, through an introduction by family members and married her on August 12th, 1978 in San Francisco. He began his married life with Anna in San Francisco where together they raised a family of two daughters. Lino grew up and lived in the midst of a very large extended family, consisting of many aunts, uncles, first and second cousins. A strong leader in his family, Lino became a father figure to many children in his family. He was loving but was also a strict disciplinarian. He was the glue that held his family together. For many years he cared for his elderly mother and sister. He worked for the City of San Francisco for more than 40 years as a bus driver and a detailer. Lino also had his fun side. He was a die-hard San Francisco 49ers fan and was the self-proclaimed “coach” of the 49ers. Lino had a heart of gold, was deeply loved by his family and he will be deeply missed. He was preceded in death by his parents, Matai’a and Pasilika Pelesasa, his wife, Anna Pelesasa and his grandson, Malosi. He is survived by daughters, Agnes Hellyer and husband Mike of St. Augustine, FL., Ariele Pese and husband Oli of Pittsburg, CA.; a sister, Josephine Pelesasa of Los Angeles, CA., brothers, Gabriel Pelesasa and wife Joann of Lexington, KY., Christopher Taliva’a of Pittsburg, CA., Anthony Pelesasa and wife Noreen of Los Angeles, CA., Hugo Pelesasa and wife Hannah of Tracy, CA., Mark Tagoa’i of San Francisco, CA.; grandchildren, Mikey, Noah, Nevaeh, Nalani, Arianna, Agnes, as well and many aunts, uncles, nieces and nephews and extended family who loved him dearly. Services will be held at 12 noon on Saturday, December 11, 2021 at St. Johns Family Funeral Home. A visitation, beginning at 11 am will precede the service and the visitation will continue until 2pm after the service. Those unable to attend can view the service live streamed at https://iframe.dacast.com/b/156599/c/549019 . St. Johns Family Funeral Home is in charge of arrangements.

Lino Anetele&#8217;a Pelesasa, age 66, of Pittsburg, California, passed away unexpectedly of November 27, 2021 at Baptist Medical Center South in Jacksonville. He was born on March 6, 1955 to Matai&#8217;a and Pasilika (Fuata) Pelesasa in Honolulu,... View Obituary & Service Information

The family of Lino Anetele'a Pelesasa created this Life Tributes page to make it easy to share your memories.

Send flowers to the Pelesasa family.