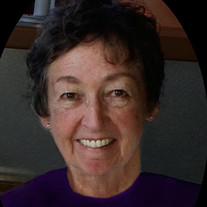 Lee Francella (Pinkerton), age 88 of Saint Augustine, FL passed away on August 20, 2021. She was born on October 10, 1932, in Bristol, CT to the late Lloyd and Loretta Pinkerton. As a young lady she loved to roller skate and ice skate. In 1950 she graduated from Bristol High School where she was always known for her fashionable shoes. After completing high school, she worked as a secretary for the school and married her classmate, Arthur Francella in 1955. Shortly after marrying the couple was stationed in Honolulu, HI, due to her husband’s service in the Army. After serving in Hawaii, they moved to Waltham, MA in 1957 where she worked for Raytheon Corporation. Then in 1958 they moved to Washington, D.C. where she worked at the Veteran’s Administration as a personal assistant to the Chief of Medicine. In 1962 they moved to Bowie, MD where she worked for Kodak. In 1972 they moved to Gainesville, FL, where her house was always bustling with family and friends. It was the gathering place of the neighborhood because of her warm, kind and fun spirit. Lee volunteered at North Florida Regional Hospital for many years and attended St Patrick’s and Holy Faith Catholic Churches while living in Gainesville, FL. She was owner and operator of Carvel Ice Cream Store Franchise 1976-1979 in Gainesville, FL. Lee and Arthur moved to Crescent Beach on Anastasia Island in Saint Augustine, FL in 1982, where she attended Anastasia Catholic Church. After retiring in 1989 they lived in Puerto Vallarta, Mexico, Maui & The Big Island of Hawaii and Grand Cayman and then returned to Crescent Beach in 2001. For those who were lucky enough to have known Lee, knew that she was quite a lady with a captivating smile. To the outside world she appeared to have a quiet demeanor, but she was the driving force behind all the family adventures. Arthur and Lee had a sense of curiosity and a thirst for learning about new places in the world. Although the ideas were created by both, it was Lee who made them come to fruition. She really enjoyed traveling with her husband and family. Lee enjoyed reading many books. She had a morning ritual of reading the newspaper to learn of all the local Saint Augustine events and an evening ritual of playing Spider Solitaire on her computer. She was an avid sports fan. She was especially enthusiastic for the Washington Redskins, the University of Florida Gators and Jacksonville Jaguars. But more than anything she loved her family. She taught her children to be good human beings and always to try their best was the most important to her. She was a proud mother when her children succeeded and was always there to listen and give encouragement. Lee is survived by her husband of 65 years, Arthur Francella, Saint Augustine, FL; daughter, Susan Francella of Saint Augustine, FL; son, Thomas Francella of Gainesville, FL and daughter, Nancy Francella of Gainesville, FL Due to current health conditions a “Celebration of Life” will be held at a future date. In lieu of flowers donations can be made to PAH Foundation, https://foundation.chestnet.org/donate/.

Lee Francella (Pinkerton), age 88 of Saint Augustine, FL passed away on August 20, 2021. She was born on October 10, 1932, in Bristol, CT to the late Lloyd and Loretta Pinkerton. As a young lady she loved to roller skate and ice skate. In 1950... View Obituary & Service Information

The family of Lee Ora Francella created this Life Tributes page to make it easy to share your memories.