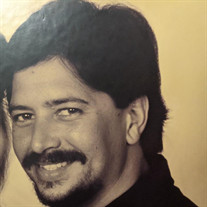 Jose "Joey" Felicio Torregrosa passed away on September 16th, 2021, at the age of 57 in his home in Saint Augustine, Florida. His 58th birthday would have been on September 24th, 2021. While his passing was unexpected, his impact on the lives he encountered will be everlasting. He was ultimately cherished and loved by all of his family and friends and the people he cared for. On May 23rd, 1999, Joey was in a motocross accident that caused him to become paralyzed from the waist down which led to years of coping with pain. While that pain was nothing but unimaginable, Joey fought it with a love more powerful than anything. He was a fighter, but, more importantly, he was a lover. He was an unstoppable force. While being the strongest man you would ever see, he was equally passionate and compassionate. Joey raced motocross from the time he was a boy in Puerto Rico up to his accident and he loved every second of it. For more than 20 years, he was the owner of First City Honda Sea-Doo in Saint Augustine, Florida. His business allowed him to share his passion for motorcycles with everyone he met and allowed him to support and care for his family. He is one of the few that can truly say he did what he loved. Joey loved to laugh and loved making people laugh. With that laughter, came a smile that could fill the hearts of anyone around him with the utmost joy. The same smile he would give while saying "Remember to smile :)". He will be dearly missed and will always be in our hearts. Joey is survived by his wife, Shari Torregrosa; his mother Margarita Borrero Vicente; his father in-law Eugenio "Chen" Vicente; his mother in-law Georgina De Cardenas; his brothers and sisters, Giorgio Torregrosa, Jimmie Torregrosa, Francisco Torregrosa, John Fritz Torregrosa, Barbie Torregrosa, and Alicia Torregrosa; his sons and their spouses, Kevin and Courtney Torregrosa, Joseph Torregrosa, and Nicolas and Taryn Torregrosa; his grandson, Frankie Torregrosa; and an endless amount of additional family and friends. He is preceded in death by his father Francisco "Frankie" Emilio Torregrosa. A Visitation will be held Friday September 24, 2021, beginning at 1:00 PM at St Johns Family Funeral Home. St. John's Family Funeral Home is in charge of arrangements.

Jose "Joey" Felicio Torregrosa passed away on September 16th, 2021, at the age of 57 in his home in Saint Augustine, Florida. His 58th birthday would have been on September 24th, 2021. While his passing was unexpected, his impact on the lives... View Obituary & Service Information

The family of Jose "Joey" Felicio Torregrosa created this Life Tributes page to make it easy to share your memories.

Send flowers to the Torregrosa family.