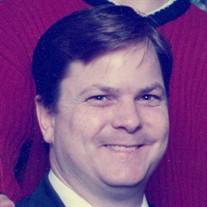 John Ivan Pike, age 53, of Fleming Island, went to be with his heavenly father on July 27, 2021 at the Orange Park Medical Center, with his family by his side. Born at the Roosevelt Roads Naval Base, in Puerto Rico, John and his brother grew up in Virginia Beach, VA and Jacksonville FL. following the Navy career of their father. John graduated from Orange Park High School with the class of 1986 where he participated in the marching band for 4 years. John was a skilled musician and served as church pianist for the Salvation Army and various other churches in Orange Park and Jacksonville. He worked for 14 years for UPS and most recently was a supervisor for ERC and DCI collection agencies. John was also extremely good with computers was frequently helping anyone with IT problems. John and Laurie met and settled in Fleming Island where they raised their family. Spending time with his grandchildren, who dearly called him “Pop Pop”, and his two dogs, Enoch and Captain brought him so much joy and contentment. John was always faithful and deeply devoted to his family. John had the gifts of empathy and compassion for others and was always willing to help others in difficult situations. Above all, hHe deeply believed that his life’s purpose was to live a life working for God. Always reaching out, helping those in need, John often invited strangers to his family for the holidays. John lived a life full of love for Christ and his family, and John and his endearing smile will be deeply missed. He is preceded in death by his father Larry Pike. He is survived by his wife, Laurie Pike of Fleming Island; sons, Daniel and Derek and Derek’s wife Skyla; grandchildren, Khatana, Kayden, James, Josiah, Malachi and Eli; his mother, Sue Pike; his brother, Doug and his wife Yolanda and their son Christian; a brother in law, Tim LaFromboise and his wife Kelly; and several nieces, nephews and cousins, all of whom he loved deeply. Private services will be at a later date. St. Johns Family Funeral Home is in charge of arrangements.

John Ivan Pike, age 53, of Fleming Island, went to be with his heavenly father on July 27, 2021 at the Orange Park Medical Center, with his family by his side. Born at the Roosevelt Roads Naval Base, in Puerto Rico, John and his brother grew... View Obituary & Service Information

The family of John Ivan Pike created this Life Tributes page to make it easy to share your memories.

Send flowers to the Pike family.