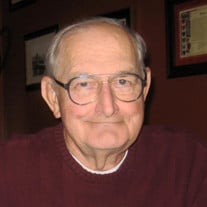 John Paul (“JP”) Hrencecin, a resident of St Augustine Florida, passed away on August 21, 2021, after a difficult year fighting lung cancer. John Paul was born February 18, 1943, in Wilkes-Barre Pennsylvania to John Hrencecin and Sophie Kornova Hrencecin. He spent his childhood in Wilkes-Barre in the family home with his two younger brothers, Edward “Eddie” Hrencecin and James “Jimmy” Hrencecin, his parents, and maternal grandmother Pearl “Baba” Kornova. After graduating from Coughlin High School, John attended Wilkes College for two years and went on to Penn State University to pursue a degree in Chemical Engineering. During the first week of school, he met the love of his life, Ruth Ann Barnish, at a pep rally. He obtained a degree in 1964 and started his career at Dow Chemical. John and Ruth Ann were married at Our Lady of the Valley Catholic Church in Wayne, NJ on July 9, 1966, after Ruth Ann graduated from Penn State. John and Ruth Ann settled in Midland, Michigan where they had their three children. During his career at Dow, John worked in many capacities in both the Michigan and Eastern divisions. Each move gave his family many experiences to cherish. When the children were young, they moved to Connecticut where John was the supervisor of a polystyrene plant. This move led to a seven month stay in Brazil which was a special experience for his whole family. He retired from Dow in 1995 exactly 31 years to the day from when he started. John loved sports and was able to play softball and basketball on community teams. He also loved watching Penn State football and all sports on TV. He was an avid fan of music of the 60’s and 70’s and instilled a love of music in all his children taking them to many concerts as they grew older. He also enjoyed a strong interest in stock investing and shared his knowledge not only with his immediate family, but also with a few close and respected friends. His greatest love in life was his wife and family. He enjoyed seeing his children grow and prosper and shared his tremendous wisdom and values so they could be successful in life. John was especially proud of and treasured the accomplishments of his own children and grandchildren, but also cared deeply about his extended family of in-laws, cousins, nieces and nephews. John is survived by his wife Ruth Ann and their three children; son Michael John and his wife Karen, grandchildren Candice, Kailey and Kara; son David and his wife Victoria “Toria” and two grandchildren Tristan and Sophie; daughter Patricia McGraw and her husband Brian; sister in-law Sandra “Sandy” Hrencecin, niece Michelle Kozich and her husband John, their two children Jay and Alexandria; sister in-law Barbara Branson, niece Kimberly, nephews Scott and Brian; and a host of extended family and close friends who will miss him dearly. He was preceded in death by his mother Sophie, father John, younger brothers Edward and James, and in-laws Anthony and Ruth Barnish. A private service will be held at St Anastasia Catholic Church in St Augustine, FL. In lieu of flowers, donations may be made in John’s memory to your preferred charity, church or John’s most loved charity: St. Jude Children’s Research Hospital, 501 St. Jude Place, Memphis, TN 38105 or https://www.stjude.org/donate/donate-to-st-jude.html

The family of John Paul Hrencecin created this Life Tributes page to make it easy to share your memories.

Send flowers to the Hrencecin family.