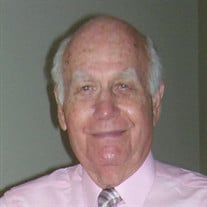 Joe Byron Blewett, 88, passed away December 30, 2020 at Flagler Hospital. He was born near Paducah, KY to Asher and Anna Fay Blewett. They soon returned to their home where his father was principal of the first high school in Ocala, FL. They later lived in Defuniak Springs before returning to Paducah where he graduated from Heath High School. Following graduation Joe enlisted in the Naval Air Corps and served four years during the Korean War based in Malta, North Africa, and Newfoundland. Joe graduated from Southern Illinois University where he majored in journalism and was editor of the college newspaper. Following graduation he worked as Night Managing Editor of the Playground Daily News in Fort Walton Beach, FL. Later he was Editor of the Lake City Reporter before retiring to St. Augustine Beach. Running became a major interest in his 40s. Joe was instrumental in starting the Olustee Alligator Run. After running in 5K, 10K and 15K races he moved up to half marathons and then marathons. He ran ten marathons, culminating in qualifying for and completing the Boston Marathon in 1985. Joe continued to run and completed the 15K Jacksonville Gate River Run in 2016 at age 84. He enjoyed the beach and cheering for the Florida Gators. Joe is survived by his wife, Diane (married 62+ years); daughter, Becky Blewett Andersen and grandson, Tyler Andersen, both of Jacksonville, FL; nephew, William Peyton Blewett (Kelly and Brandon) of Carbondale, Illinois; and cousins, Mary Kay Workman and Tommy Bagwell. He was preceded in death by his parents, brother William Blewett and an infant sister. A Celebration of Life will be held Saturday, January 9, at 10:30 a.m. EST at Ancient City Baptist Church. Covid-19 safety protocols will be in effect. For those unable to attend, you may watch a live stream by YouTube, type Ancient City Baptist Church, and click on Subscribe. St Johns Family Funeral Home is in charge of the arrangements.

Joe Byron Blewett, 88, passed away December 30, 2020 at Flagler Hospital. He was born near Paducah, KY to Asher and Anna Fay Blewett. They soon returned to their home where his father was principal of the first high school in Ocala, FL. They... View Obituary & Service Information

The family of Joe Byron Blewett created this Life Tributes page to make it easy to share your memories.

Send flowers to the Blewett family.