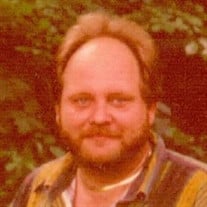 Jerold Dee “Jerry” Foland, age 62, of Saint Augustine Florida, passed away peacefully on January 9, 2022 at the Roberts Care Center. He was born to William and Carolyn (Leisure) Foland on October 16, 1960, in Anderson, Indiana. He moved to Jacksonville, Florida at the age of 9 in 1969 and moved to St. Augustine at the age of 18. Jerry grew up with his identical twin brother, Gerald “Lee” and they were fiercely protective of each other. Jerry and Lee were both very intelligent had a lot of fun with the fact that very few could tell them apart. Identical in many ways and opposite in others, one was good at math, one was good at English. They were mischievous, trading places in classes to match their strengths without being detected. Jerry worked as an auto mechanic for many years and loved dirt track racing. He was preceded in death by his mother, Carolyn, his sister, Carol Lynn, and his twin brother Lee. Jerry was loved by his family and friends and will be deeply missed. He is survived by his father, William “Bill” Foland and his sister, Patricia Lathan, both of Anderson, Indiana; a brother, Wayne Foland (Toni Topper) of St. Augustine, FL.; and lifelong friend, Nikki Germain of St. Augustine, Florida. A visitation will be held from 6 to 8 pm on Saturday, January 15, 2022 at St. Johns Family Funeral Home. St. Johns Family Funeral Home is in charge of arrangements.

The family of Jerold Dee "Jerry" Foland created this Life Tributes page to make it easy to share your memories.

Send flowers to the Foland family.