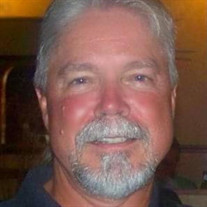 James Marshall “Jim” Ponder, age 66, of St. Augustine, passed away unexpectedly on March 21, 2021 at the Memorial Emergency Center Julington Creek. Jim was born in Baytown, Texas, and grew up in the Houston area, graduating from Crosby High School with the class of 1972. While in high school, he met the love of his life, Jill Dawson, and they married on February 2, 1973. Jim began his working career with Exxon right out of high school and had a successful 38-year career in which he navigated many positions within the company. He started off as a Process Operator and quickly moved into a supervisory position after only five years with the company. He served as a Lube Oil Blender, Crude Oil Coordinator and completed his tenure as a Motor Gasoline Coordinator. Jim and Jill raised a family of three daughters, and he was always very active in their lives; coaching their softball teams, supporting them in all their endeavors; never missing a single event. This never wavered even throughout their adulthood. He was also a strong role model in his community and became a mentor and father figure to many. He was an accomplished carpenter and could build just about anything. Jim loved all animals and was known as a loyal and patriotic citizen. He trained for and ran marathons, even qualifying for the prestigious Boston Marathon. He enjoyed boating, fishing, hunting, golfing, bowling, and sporting clays, the latter in which he was a Master Classman. In 2012 Jim and Jill moved to St. Augustine, Florida to retire. One of the greatest gifts he ever received was the birth of his granddaughter, Addison Kate. To his surprise, this blessing arrived on the date of their 40th wedding anniversary. It was from her that he was given the title he loved the most, “Pops”. He will be remembered as a family man, the Patriarch of his family, a loving husband, father, grandfather, and friend to many. He will be deeply missed. He was preceded in death by his father, Harley Dwight Ponder. He is survived by his wife of 48 years, Jill Ponder of St. Augustine; daughters, Lianna Knight (David) of Jacksonville, Lisha Ponder (Jenn Bradley) of Trinidad, Colorado and Tedra Jones (Alja) of Cypress, TX; his mother, Annell Taylor (Gary) of Baytown, TX; stepmother, Jayme Ponder of Burton, TX; brothers, Richard Ponder (Becky) of Dallas, TX, and Michael Ponder (Angel) of Baytown, TX; a sister, Angela Heard (Malcolm) of Deer Park, TX, his beloved granddaughter, Addison Kate Knight, as well as many nieces and nephews. A funeral service will take place at 11:00 a.m. on Monday, March 29, 2021 at St. Johns Family Funeral Home. A visitation beginning at 10:00 a.m. will precede the service. In lieu of flowers, donations in Jim’s memory can be made to the charity of your choice. Those unable to attend can view the service live streamed at https://iframe.dacast.com/b/156599/c/549019 . St. Johns Family Funeral Home is in charge of arrangements.

James Marshall &#8220;Jim&#8221; Ponder, age 66, of St. Augustine, passed away unexpectedly on March 21, 2021 at the Memorial Emergency Center Julington Creek. Jim was born in Baytown, Texas, and grew up in the Houston area, graduating from... View Obituary & Service Information

The family of James Marshall "Jim" Ponder created this Life Tributes page to make it easy to share your memories.

Send flowers to the Ponder family.