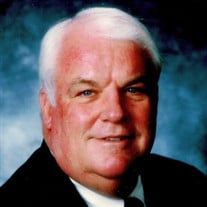 Howard Lane Gardner, III, passed away peacefully Friday, April 29, 2022 at age 78. Born in Wilmington, NC on September 4, 1943 to Howard Lane Gardner, Jr. and Willetta Sartor Gardner, he is preceded in death by his parents and his brother, Robert Sartor Gardner. Gardner was a lifelong citizen of Putnam and St John’s counties and prominent businessman. He grew up in Palatka and graduated in 1961 from Palatka High School, where he was on the track team and played football as #71 for the Palatka Maroons. He was an Eagle Scout in Boy Scout Troop 62. He went on to Georgia Tech where he majored in Industrial Management class of 1965 and was a brother in the Alpha Tau Omega fraternity. After college Gardner returned to the family furniture business in Palatka and became president of the company, Florida Furniture Industries. He was a leader in many of the furniture industry professional associations and enjoyed annual sales events at the High Point, Atlanta, and Dallas markets. Gardner served as an officer in the Florida National Guard. Later in life he achieved a successful second career as a residential real estate agent for Watson Realty in St. Augustine. Locally Gardner joined the Rotary Club of Palatka in 1967 and served in numerous roles: on the Board for many years and Club President in 1974-75. He was a multiple Paul Harris Fellow. He was a leader on the board of directors for Briarwood School. He served on the board of the St John’s River Community College. Gardner was also involved in the Palatka Jaycees and had fun organizing and participating in the “Raft Race” fundraiser on the St. John’s River. Gardner was a lifelong member of First Presbyterian Church of Palatka where he served for many years as an elder. After moving to Crescent Beach in 1989, he served on the board of Sand Dollar Condominium and was a member of Marsh Creek Country Club. Gardner was a hard worker, dedicated citizen and civic leader but he also had many pastimes including golf, flying, reading, and fishing. His grandchildren remember the pranks he always played, cannonballs in the pool, and games pretending to be a pirate. Survivors include wife of 30 years, Martha White Gardner; children Lynne Gardner Trost (Henry) of Nashville, TN, Howard Lane Gardner IV (Heather) of Jacksonville, and Lucy Leigh Gardner Johnson (Trey) of Jacksonville; step-children Susan Garrison Dougherty (Ed) of Alpharetta, GA, Rhett Breeden Garrison of Palm Coast; grandchildren: Elizabeth Gardner Trost, Emma Marguerite Trost, Evelyn Willetta Trost, Andrew Lane Gardner, Parklyn Grace Gardner, Preston Zane Johnson, Collin Moses Johnson, Wesley Evan Wilcox (Emily), Griffin Lee Wilcox, and Kathryn Shea Wilcox. A celebration of Howard’s life will be held at 2 pm on Friday, May 6, 2022 at St. Johns Family Funeral Home with Rev. R. Cliff Lyda officiating. A visitation, beginning at 1 pm will precede the service. Click here to see the service live streamed . In lieu of flowers, donations can be made to Boy Scout Troop 62, care of St. James United Methodist Church, 400 Reid Street, Palatka, Florida 32177 or S.A.F.E. Pet Rescue, Inc. St. Johns Family Funeral Home is in charge of the arrangements.

Howard Lane Gardner, III, passed away peacefully Friday, April 29, 2022 at age 78. Born in Wilmington, NC on September 4, 1943 to Howard Lane Gardner, Jr. and Willetta Sartor Gardner, he is preceded in death by his parents and his brother, Robert... View Obituary & Service Information

The family of Howard Lane Gardner III created this Life Tributes page to make it easy to share your memories.

Send flowers to the Gardner family.