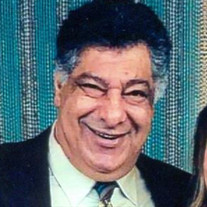 Hany Jean Badawy, age 63, of Saint Augustine, Florida, passed away on August 21, 2021. Hany was born on January 30, 1958, in Beirut, Lebanon. He grew up in Beirut, and at the age of 7, he moved with his brothers and mom, Odette, whom he adored, to the United States where they settled in Long Island, New York. After graduating from high school, Hany attended Siena College and Boston University graduating with a Bachelor of Science in Business Administration. After returning from living in Italy for some time, he started his working career in the financial services industry in New York City. He lived and worked in Manhattan for most of his early life and opened his own foreign exchange brokerage firm where he met and worked with the love of his life, Elaine, who was a banker and remained by Hany’s side for the next 30 years. Most recently, he operated a deli in Newark, New Jersey, for 13 years. Hany and Elaine lived in Glen Rock, New Jersey, where they raised a family of two beautiful daughters. Hany enjoyed fishing, long drives, exploring new places, antiquing, and relaxing by the water. More than anything, Hany loved his family. He is survived by his wife, Elaine, his two daughters, Tiffany and Lindsy “Lulu,” his brothers, Magdi, Moni, Sami, Roro; Tara, Kaylie and many more family and friends. Hany’s infectious laugh, enormous heart, generosity, jokes, Hawaiian shirts, colorful personality and so much more will be missed by many. He will live in us forever. You will always be our Abaday, Dad. St. Johns Family Funeral Home is in charge of arrangements.

The family of Hany J. Badawy created this Life Tributes page to make it easy to share your memories.

Send flowers to the Badawy family.