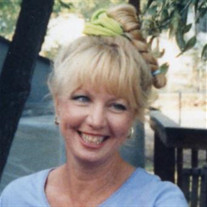 Jeanne Garey, age 75, of St Johns, Florida, passed away at home on September 14, 2021. She was born Flora Jean Dorondo, to Kathryn and John Dorondo in Butler, Pennsylvania (north of Pittsburg) in September, 1946. As an Air Force brat Jeanne lived in Pennsylvania, Copenhagen, Denmark and Savannah, GA, before marrying then Army Lieutenant Robert Garey in 1967 in Kingsland, GA. As a dedicated Army wife Jeanne set up households in Germany, Columbus, OH, Marin County, CA, Hampton, VA and Oahu, HI. She worked as a Licensed Practical Nurse in Nursing Homes and the Central Ohio Psychiatric Hospital while attending college classes toward an RN degree. As a Department of Defense civilian she worked at Tripler Army Hospital in Hawaii, and Naval Air Stations Mayport and Jacksonville, in Florida, and retired in 2010. Jeanne never met a stranger and was able to relate quickly with people of all ages, gender and race. She was, however, fiercely independent and earned the affectionate family moniker of “Controller General”. Jeanne was a life-long animal lover rescuing injured birds, stray dogs and cats. She trained and showed Afghan Hounds up and down the US East Coast before obedience training her final rescue dog in Jacksonville, FL. Jeanne is survived by her husband Bob of 54 years, her sisters Kathryn, Mary and Valda, her two brothers John and David, her cats Thelma and Limu, and her precious Miniature Ukrainian Toy Terrier (mutt) Halle. Growing up in Savannah, she became an excellent swimmer from the family dock located on the Vernon River and the ocean at Tybee Island, GA. Jeanne later swam ocean waters in the Gulf of Mexico, the Hawaiian Islands and Kwajalein Atoll in the Pacific Ocean as well as the Atlantic Ocean from Virginia to Key West. Jeanne will be cremated and make her final resting place off the coast of Jacksonville. Jeanne has asked to forego all viewings and memorials. She would be very pleased that in lieu of flowers, a donation of any size be made to any animal rescue or animal care organization of your choice. Arrangements are being handled by St Johns Family Funeral Home in Saint Augustine.

Jeanne Garey, age 75, of St Johns, Florida, passed away at home on September 14, 2021. She was born Flora Jean Dorondo, to Kathryn and John Dorondo in Butler, Pennsylvania (north of Pittsburg) in September, 1946. As an Air Force brat Jeanne... View Obituary & Service Information

The family of Flora Jean Garey created this Life Tributes page to make it easy to share your memories.

Send flowers to the Garey family.