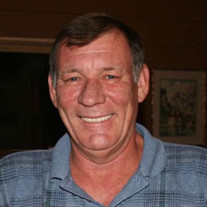 Douglas F. Schnyder, age 72, of St. Augustine, FL passed away on February 5, 2022 at Flagler Hospital. Doug was born October 21, 1949 in Montebello, CA and grew up in West Bend, WI, where he was a football star on the High School football team. After High School he attended the University of Wisconsin-Superior for a year before enlisting in the U.S. Army to proudly serve his country in the Vietnam War. Doug re-enlisted after the War and the Army took him to many different places, he was stationed in Germany, Japan and many States throughout his career. He retired in 1990, after 20 years of service. Doug relocated with his wife, Rita, to Sanford, FL where they lived until 2002 when Rita’s career took them to Italy. Three years later they returned to the US and settled in Jacksonville, FL. When Rita retired in 2015 the couple moved to Palm Coast, FL. Doug loved all sports, and was known by many as “the sports guy”. From his youth and throughout his early adult life Doug actively played and/or coached; football, basketball and baseball. In retirement he focused on his golf game. Doug enjoyed watching all sports and playing fantasy football. He was a proud member of the Disabled American Veterans for many years. More than anything he was a loving husband, father and grandfather. He will be deeply missed. He is survived by his wife of 45 years, Rita Schnyder; children, Craig Schnyder (Diane), Chad Schnyder (Stefani), Larita Province (Troy), and Penny Schnyder (Mark Soper); grandchildren, Samantha (Matt), Brett, Hannah, Grace, Cooper, Brooke, Ainsley, Jesse, Peyton and Alex; brother, Ronald Schnyder; sister, Sandra Kielley; mother of his sons, Mary Kobernik and many cousins. He was preceded in death by his parents, Joseph and Violet Schnyder. A memorial service will be held at 2pm Sunday, March 6, 2022 at St. Johns Family Funeral Home with Pastor John Fletcher officiating. Those unable to attend can view the service live streamed at https://iframe.dacast.com/b/156599/c/549019. St. Johns Family Funeral Home is in charge of arrangements.

Douglas F. Schnyder, age 72, of St. Augustine, FL passed away on February 5, 2022 at Flagler Hospital. Doug was born October 21, 1949 in Montebello, CA and grew up in West Bend, WI, where he was a football star on the High School football team.... View Obituary & Service Information

The family of Douglas Forrest Schnyder created this Life Tributes page to make it easy to share your memories.

Send flowers to the Schnyder family.