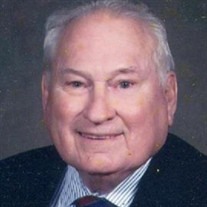 Reverend Doran Chester McCarty, Ph.D., 89, passed away on Jan. 7, 2021, at his home in St. Augustine, Florida. Dr. McCarty was born in Bolivar, Missouri, on Feb. 3, 1931, to Bartie and Donta McCarty. From humble Ozark roots, he went on to earn undergraduate degrees from Southwest Baptist College and William Jewell College and a doctorate in philosophy from Southern Baptist Theological Seminary. Doran described his life and 70-year career in ministry and education as a “pilgrimage that grew from naïve faith to an informed faith.” He served as pastor to six churches in Missouri, Kentucky, Indiana and Florida, as well as serving as interim pastor to more than 20 churches. Dr. McCarty served as professor of theology and philosophy and director of supervised ministry and continuing education at Midwestern Baptist Theological Seminary in Kansas City. He was professor of ministry and director of the doctor of ministry program at Golden Gate Theological Seminary in San Francisco. Doran went on to found the Northeastern Baptist School of Ministry, with centers in New York City, Boston, Pittsburgh and Baltimore. He also served as an associate dean of Southern Seminary. The list of Doran’s myriad accomplishments includes authoring more than 30 books and teaching and advising on field education across denominations throughout the U.S. and around the world, taking him to Germany, Switzerland, Australia, Hong Kong, the Bahamas and more. In addition, he established McCarty Services to facilitate ministry and mission projects. Over his career, Dr. McCarty was awarded countless honors and recognized in many respected publications. He also served on numerous boards and committees. After multiple “retirements,” Doran culminated his life in ministry as the pastor of Hammock Community Church in Hammock Florida, where he served for 10 years. Dr. McCarty has been described as a “brilliant educator” and “godfather of field education.” Training sessions based on his field education program have been held in more than 40 countries. Through his ministry and beyond, he has touched and positively affected countless lives. He was a respected leader, revered mentor and beloved pastor. Doran was also greatly loved and adored by his family. He was a devoted family man—a loving, caring and supportive husband, father and grandfather. He was preceded in death by his wife of 54 years, Gloria McCarty. He is survived by his wife Catherine McCarty, his daughters, Gaye Stevick Foutch, Rise McGarvey, Marletta Holt and Leslie Beth McCarty, and his grandchildren, Elizabeth Lindgren, Connor Holt and Davis Holt, as well as, great-grandchildren, Evangeline, Flora Beth and Camille Lindgren and Grayson Holt. Because of COVID-19 concerns, the service for Dr. McCarty, to be held at Hammock Community church, is planned for April 17. In lieu of flowers, please send donations to Hammock Community church food pantry. St. Johns Family Funeral Home is in charge of arrangements.

Reverend Doran Chester McCarty, Ph.D., 89, passed away on Jan. 7, 2021, at his home in St. Augustine, Florida. Dr. McCarty was born in Bolivar, Missouri, on Feb. 3, 1931, to Bartie and Donta McCarty. From humble Ozark roots, he went on to... View Obituary & Service Information

The family of Reverend Doran Chester McCarty created this Life Tributes page to make it easy to share your memories.

Send flowers to the McCarty family.