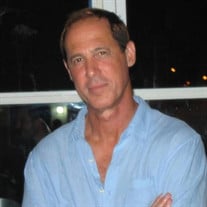 “Life is your art. An open, aware heart is your camera. A oneness with your world is your film. Your bright eyes and easy smile is your museum.” –Ansel Adams On Sunday, August 29th, Don Paul, 79 years old, completed his exploration of this world, surrounded by the art and music he made in his home with his wife, pianist Lynne Arriale. Don was a seeker; he valued searching for light and inspiration in places others might not look. As a visual artist, he exposed worlds of color, texture, and beauty by digitally enhancing close-up views of the natural world. Don incorporated every person he met and every experience he had into his distinctive art and perspective. You can see the world through his eyes by reading his words and viewing his images on his web site, https://www.donpaulvisualart.com. As a child, Don was always tinkering and collecting. Whether he was building small electronic devices, accumulating a stamp collection, or amassing every hit 45 RPM and LP record of the time, Don was all in. Always an avid reader, at an early age he formed a foundation of knowledge that expanded his thinking and allowed him to be a brilliant writer. The most influential people in Don's life were his parents. From his father, Lenny, he learned the merit of hard work, the liberating value of self-determination and entrepreneurship, courage, standing up for one's beliefs, and most of all good character. And from Annie, his mom, he acquired a little bit of feistiness and determination which served him throughout his life. Don channelled the entrepreneurial spirit he absorbed from his parents in his career as a CPA and trustee. He co-founded a successful accounting firm and set his own high standards for excellence. Don took pride in establishing a culture of trust, fairness, and equity among his partners; caring for his clients as family; and, hiring, mentoring, and promoting talented and diverse professionals. As a father and grandfather, Don expressed unconditional love for his daughters, grandsons, and granddaughter. They inherit from him a license to explore, express, and create their own life paths. Don’s example and encouragement inspire them to follow their unique passions and to establish openhearted connections with others and the world around them. Don made friends wherever he went, opening people up with his humor and genuine interest in everyone’s story. His bright eyes and easy smile will be sorely missed by many, especially his admiring nephews and his colleagues, clients, lifelong friends, and extended family. Don’s legacy and example, as a person and artist, will be conserved and carried forth by those he held closest: his wife, Lynne Arriale; his daughters Stephanie Doscher and Laurie Paul (Tim Barrette) and beloved grandchildren Colin Doscher, Sam Paul-Barrette, and Talulah Paul-Barrette; his brother, Alan Paul (Leslie Mostel); his first wife, Helene Paul; his second wife, Vanessa Cisneros, and her children Alan and Sarah. A celebration of Don’s life will be held in the coming days. Contact Lynne Arriale, [email protected] Don beat cancer three times and died cancer-free. His family requests that you consider honoring his and others’ fight against cancer by making a donation to the American Cancer Society (https://www.cancer.org/involved/donate.html).

&#8220;Life is your art. An open, aware heart is your camera. A oneness with your world is your film. Your bright eyes and easy smile is your museum.&#8221; &#8211;Ansel Adams On Sunday, August 29th, Don Paul, 79 years old, completed his exploration... View Obituary & Service Information

The family of Donald B Paul created this Life Tributes page to make it easy to share your memories.

“Life is your art. An open, aware heart is your camera. A oneness...

Send flowers to the Paul family.