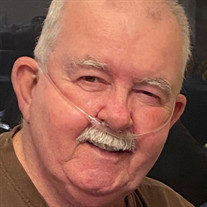 In Loving Memory of Donald Lucien Doucet Donald Lucien Doucet spent his final days at his daughter’s house in St Augustine, FL before passing away peacefully on Sunday November 7, 2021. Better known as “Dad”, “Papa”, “Brother”, “Husband”, and “Great Friend”, Don will be greatly missed by all. Don was born in at Sacred Heart Hospital in Manchester, New Hampshire to Raymond and Laurette Doucet on February 13, 1946. His father was a fireman at the Summerville Fire Station and his mother was an interior designer and homemaker. Don was the 2nd born of the 6 kids who called Manchester home for their childhood. Whether he was helping his father plow snow or enjoying his mother’s cooking, Don thought very fondly of his parents and how they taught him love and respect for life and others while growing up. Playing hockey at seminary, playing soldier with his brother Dick (with whom he had a special bond), or cruising main street in high school, Don had a way of enjoying the moments life brought his way. Spending days watching his father and uncles work on their boats, hunting in the cold fall days with his father, or watching Patriots, Bruins, Sox, or Celtics games were where you could often find Don enjoying life. Don always had an active, creative mind with a vivid imagination. At very young age, Don learned the joy of reading and that continued thru his entire life. Don excelled academically from an early age and he could usually figure out anything on his own he had access to the right books. Don enlisted in the Navy in 1966 to bravely support the effort in Vietnam. The Navy took him around the world and gave him experiences that only his time in the Navy could have provided. He married his wife Sue in the summer of 1967 Who is also from Manchester. Their son Jeffrey was born to them and changed their life forever. A few years later Don and Sue were blessed with the births of Jeremy and Jennifer. After the Navy, Don worked at Blount Marine, Directors Shipyard, and Jamestown Boatyard while also fulfilling his monthly duty in the Air National Guard, from which he retired. Don was a skilled electrician and could really work with any of the trades during his time at the boatyards. He picked up many life-long friends during his time working. Don was in high demand as someone who could work on fiberglass hulls better than most. He was fondly nicknamed “Pops” during his time at Jamestown Boatyard. One of Don’s accomplishments, among many, was building the family home in Portsmouth from the ground up. This would be the home where Don and Sue raised their family. Getting large Christmas trees every year, skating in the corn field behind the house, working in the shop to hide from Sue, and watching his children grow into young adults all took place at this special home. Although, Portsmouth was home most of his adult life, the weekends and holidays were spent in New Hampshire at the “camp” at either Bow Lake or Jennes Pond. It was at there that he felt the most alive by visiting the place of his youth and allowing his children to enjoy the time in the New Hampshire woods like he had as a child. This is where he was able to connect with family and friends alike and throw a party (or two) over the years. Near the end of his career and into retirement, Don began to spend more and more time in Florida to be near his children. He did not enjoy the heat of the summer, but he did not miss the cold and snow in New England. Don had three grandchildren that he was able to get to know and spend time with. “Papa” was a real hit when he would read bed time stories, sneak them mints, build Legos, and go to movies. Joshua, Ava, and Owen will all be able to have fond memories of their loving “Papa”. Donald is survived by his wife Sue, son Jeremy, daughter Jennifer, grand children Joshua, Ava, Owen, and siblings Elouise, Monique, Richard, and Daniel. He is preceded in death by parents, Raymond and Laurette, son Jeffrey and brother David.

The family of Donald L Doucet created this Life Tributes page to make it easy to share your memories.

Send flowers to the Doucet family.