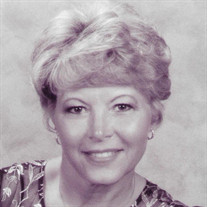 Diane Burton, RN, CRRN, loving wife, mother, and grandmother passed away suddenly at her residence in St. Augustine, Florida on Wednesday, May 26, 2021. Diane was born in Detroit, Michigan on February 13, 1951 to Dunstan Lantto and Madeline Tibus Lantto. She was second born of nine and enjoyed being a big sister and the responsibilities of being the older sister. She received her nursing degree at Schoolcraft College in Michigan and embarked on a nursing career that spanned 50 years. Her nursing career experience included emergency room, pediatrics, and orthopedic disciplines. She was also the clinic coordinator for the Cerebral Palsy Clinic at Nemours Children’s Hospital in Jacksonville, Florida for 7 years. She held several part time “fun” jobs which included Build-A-Bear Workshop, Khazana Gifts, and COACH. During her Nemours Children’s Hospital time, she met Stephen “Steve” Burton who within a year became her husband. They were married on August 4, 1984. She brought her first born, Courtney, age 9 into her marriage to Steve. Courtney became a big sister to Whitney who came along 15 months later. The family was complete at 4. After her maternity leave, she became a senior medical case manager, RN for Broadshire|A Crawford Company. She was employed by them for 29 years, retiring on February 19, 2021. Diane was survived by her husband of 37 years, Steve and 2 daughters, Courtney Rapp (Clinton) of Florida and Whitney Burton of North Carolina; and grandson Calvin. Diane is preceded in death by her father, Dunstan, mother Madeline, and brothers Dennis Lantto and Bruce (Jan) Lantto. She is also survived by 6 siblings, Linda Lantto of California, Craig (Tina) Lantto of Michigan, Tom (Nancy) Lantto of Michigan, James “Jim” (Merri) Lantto of Michigan, Therese “Terri” Proben of Michigan, and Lori Lantto Nolan of Florida. Diana was a loving aunt to 16 nieces and nephews, Jessica Lantto-Watts, Megan Bigelow, Lisa Caves, Joel Lantto, Christopher Lantto, Kaitlyn Lantto, Joshua Proben, Brianne Nolan, Samantha Proben, Benjamin Proben, Nicholas Proben, Alan Lantto, Erin Lantto, Kyle Lantto, Madelyn Lantto, Emily Lantto and many great nieces and nephews. Diane enjoyed many diverse interests. She loved to travel and take ocean cruises, visiting Bermuda, Bahamas, Puerto Rico, Mexico, Honduras, Martinique, Cayman Islands, US Virgin Islands, France, Spain, and has traveled a great portion of the United States from coast to coast. Diane was a true fashionista. Her daughter working in the fashion industry did not help. Her clothes, shoes, hair, nails, jewelry and handbags were always in fashion. One of her greatest passions was motorsports. Being married to a motorhead, she quickly became immersed in NASCAR, IMSA, IndyCar, and Formula 1. She was always one of the best dressed at the many NASCAR tracks she visited across the country. But one of her favorite things was the Florida sun and beaches. She enjoyed relaxing with an adult beverage at Beaches at Vilano restaurant in St. Augustine, Florida with her husband and daughters or her sister Terri. A memorial service will be held at St. Johns Family Funeral & Crematory in St. Augustine, Florida on Thursday June 3, 2021. Family will receive guests from 2-3pm, with the service following. In lieu of flowers, a memorial donation can be made in her honor to the NASCAR Foundation at www.NASCARFoundation.com. Those unable to attend can view the service live streamed at https://iframe.dacast.com/b/156599/c/549019. St. Johns Family Funeral Home and Crematory is in charge of arrangements.

Diane Burton, RN, CRRN, loving wife, mother, and grandmother passed away suddenly at her residence in St. Augustine, Florida on Wednesday, May 26, 2021. Diane was born in Detroit, Michigan on February 13, 1951 to Dunstan Lantto and Madeline... View Obituary & Service Information

The family of Diane Cecile Burton created this Life Tributes page to make it easy to share your memories.

Send flowers to the Burton family.