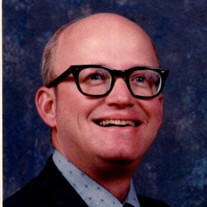 Carroll S. Brinsfield III, age 83 of St. Augustine, Florida died on March 7, 2022 at Westminster St. Augustine Health Center. Born on May 31, 1938 in Hagerstown, Maryland, he was the son of Carroll S. Brinsfield, Jr. and Ruth B. Brinsfield. At age 11, he moved with his family to Towson where he graduated from Towson High School in 1956. After attending the University of Maryland for one year, he entered the US Army in 1957 and served three years with an 18-month tour of duty in Eritrea, East Africa. Upon leaving the service, he entered Franklin Square School of Nursing in Baltimore, Maryland and graduated in 1963. He entered the US Army Nurse Corps in 1964. Overseas military assignments included Vietnam, Jordan, and Germany. He retired in 1981 with the rank of Major after 20 years of total Army service and moved to Oxford, Maryland. He served on the Oxford Museum Board of Directors, served as Chairman of Community Affairs of the Oxford Citizens Association, served as secretary of the Oxford Planning Commission, and served as a member and alternate member of the Oxford Zoning Appeal Board. He was a member of the retired Officers Association and held Life Memberships in the Alumni Association of Towson High School and the Vietnam Veterans of America. He is survived by his wife Deborah, whom he married in 1975. Memorial donations may be made to: Westminster St. Augustine Resident Council, (memo line on check: Employee’s Appreciation Fund), Attn: John Olewski, 235 Towerview Drive, St. Augustine, FL. 32092. St. Johns Family Funeral Home is in charge of arrangements.

The family of Carroll Sedgewick Brinsfield III created this Life Tributes page to make it easy to share your memories.

Send flowers to the Brinsfield family.