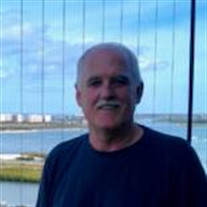 Beuford A. McComas, 68, of Deland FL, passed away January 19, 2021 with his family by his side at Clyde E. Lassen State Veteran’s Nursing Home in St. Augustine, FL. Beuford was born in Williamstown, KY, son of the late Perry and Euthena McComas. Beuford is one of 28 children. He grew up on a large farm in Holbrook, KY, with the McComas family being well known dairy farmers in the area. Beuford was a veteran of the U.S. Army, having served in Vietnam. After his discharge from the Army in 1972, he began his career in telecommunications, working first for ITT North Electric Company traveling to various states installing telephone switching equipment in central telephone offices. Beuford had a daughter, Kara, age 2 when he met and then married Laurie Ann (Wrolstad) in Minnesota in 1978. Shortly after they were married Beuford took a job with GTE in the Seattle area. There they had a son, Ryan, born in Edmonds, WA. Beuford and Laurie raised their children in the Seattle area until 1992 until Beuford transferred with GTE to Alaska where they spent the next six years. While in Alaska they also started an Espresso business that Laurie managed and operated until they moved to Northern Minnesota in 1998. At that time Beuford left GTE and took a position as a Manager with CenturyTel. They made their home in Warroad, MN for the next 14 years. Beuford enjoyed a long career in telecommunications, starting out as an Installer and working his way up to Management before retiring in 2012. When he retired they moved to Deland, Florida to be closer to their grandson, Craig. Beuford’s favorite hobby was woodworking and he built many beautiful pieces of furniture over the years. He also had a love of gardening and collecting antiques, especially telephones. Beuford was a kind and gentle man and loved nothing more than being with his family. He loved watching football on Sundays and having his favorite dogs, Chops, Max and ZuZu at his side. He was a proud man and was proud of the family that he and Laurie had. Beuford is survived by his wife of 42 years, Laurie Ann, daughter Kara, son Ryan, son-in-law Robert Blanton, grandchildren Peyton, Zachary and Craig. He is also survived by his many siblings, brothers, Dwight, Gary, Sam, Randall, Lonnie, Murrell, Albert and sisters Edna, Emily, Sarah, Faye and Vickie. In addition to his parents, he was preceded in death by 15 brothers and sisters. A memorial graveside service will be held at Holbrook Bethany Baptist Church in Holbrook, KY. The service will be held at a later date. In lieu of flowers please make a donation to the Alzheimer’s Foundation to help find a cure for this horrible disease that took Beuford from us way too soon. St. Johns Family Funeral Home is in charge of arrangements.

Beuford A. McComas, 68, of Deland FL, passed away January 19, 2021 with his family by his side at Clyde E. Lassen State Veteran&#8217;s Nursing Home in St. Augustine, FL. Beuford was born in Williamstown, KY, son of the late Perry and Euthena... View Obituary & Service Information

The family of Beuford A McComas created this Life Tributes page to make it easy to share your memories.

Send flowers to the McComas family.