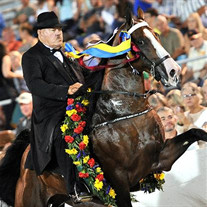 Benjamin Coy (“Ben”) Brogdon went home to be with the Lord on Wednesday March 23rd, 2022 after a long battle with multiple illnesses. Ben came from the small North Florida Panhandle town of Wewahitchka, Florida. At the age of 14 he met the love of his life Lynda; they married as young teenagers and became the proud parents of 2 daughters. Ben was a hardworking, self-made man from a young age. His first business venture was a lawn service that he began when he was 10 years old and at the age of 16, he owned and operated a service station while attending college. He fulfilled his dream of flying by attending flight school while supporting his family through a variety of jobs that included working as a funeral assistant and ambulance driver. He became a commercial airline pilot but later had to change careers when he developed Diabetes. Ben was resourceful and determined and committed to being successful despite his challenge and setback. He went on to become a lifelong entrepreneur who owned and developed numerous successful businesses including manufacturing fishing rods and other fiberglass products that were sold internationally. Ben’s last business venture was a 30-year project with his wife. Together they founded and operated Canopy Cove Eating Disorder Treatment Center. Ben also became a successful investor and enjoyed watching the markets on a daily basis. He was a Christian man with a strong faith and love of God and his family. Over the course of his life he served as a Deacon in the church, youth leader, Civitan officer, and a Mason. Friendly and outgoing, Ben never met a stranger. Although he had the utmost integrity in business and in life, he could also always tell you a good fish tale! Ben was a passionate walking horse enthusiast and was devoted to showing for over 30 years. His beaming smile and white hat were a welcome site over the years at hundreds of horseshows. Ben won several World Championships on his crowd favorite Stan The Man, and was crowned World Grand Champion riding Biscayne Bay at the Celebration in Shelbyville Tennessee. He was also most proud of his self-trained World Grand Champion gaited mule “Bubba”. In addition to his equine hobbies, Ben was also an avid hunter his whole life and cherished a special dove hunting trip to Argentina with daughter Tam which had been a life-long dream of his. He ended up being able to make several more of those with a few of his close circle of friends known as “The Romeos” (Real Old Men Eating Out). Ben was generous with the gifts that the Lord provided him and quick to help a friend or family member in need. He was a tough man with a strong will to survive and remarkably lived through many serious health issues for an extended period of time. On March 23rd, the Lord finally declared that Ben’s battle was over and graciously called him home. He was loved immensely by his entire family who all fought for him to the bitter end. He will be sorely missed as the patriarch of the family, husband, best friend, father, brother and mentor. Ben is survived by his loving wife Lynda, devoted daughters Tam Brogdon and Donda Combs, adoring grandchildren Channing Trainor and Brogdon Combs, his brother Ellis Brogdon and many other nieces, nephews and cousins. A private service will be held. A celebration of life is being planned for the near future. The family asks that in lieu of flowers donations be made to the Juvenile Diabetes Foundation.

Benjamin Coy (&#8220;Ben&#8221;) Brogdon went home to be with the Lord on Wednesday March 23rd, 2022 after a long battle with multiple illnesses. Ben came from the small North Florida Panhandle town of Wewahitchka, Florida. At the age of 14... View Obituary & Service Information

The family of Benjamin Coy Brogdon created this Life Tributes page to make it easy to share your memories.

Benjamin Coy (“Ben”) Brogdon went home to be with the Lord on...