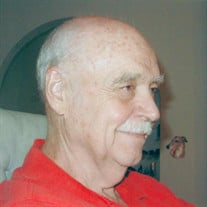 Ben LaMendola, age 82, of St. Augustine, Florida, passed away on February 27, 2022 at the Bailey Family Center. Born in Chicago, Illinois, graduated from Proviso East High School and then joined the Illinois Guard Reserves and served his country for 6 years. In 1960 he married his high school sweetheart, DeAnna (Dee) Kallum. Ben was the Chief Engineer at Garfield Park Hospital, then Norwegian American Hospital and then Holy Family Hospital in Des Plaines. Making a career change in 1978, he bought the Fountain Court and then purchased a larger hotel, the Desert Isle, in Daytona Beach. Moved back to St. Augustine Beach and purchased the LaFiesta in 1981. He built many additions to the Lafiesta and built the Fiesta Falls Miniature Golf Course in 1985. Ben was very involved in his community and was instrumental in helping St Augustine Beach become what it is today. A founding member of the South Beach Area Council of the Chamber of Commerce, (SBAC), he became a spokes person for the beach on the Tourist Development Council for the county. He was the one who said that the beach needed a Visitors Welcome Center and a Pavilion. The SBAC raised the money for the pavilion to be built along with the county. All the business’s back in the 1990’s were a very tight community working together, and put on Beach Festivals at the pier, Ben doing much of the planning and work. The SBAC had a concert with “38 Special” at the old ampitheatre and from there the county saw how it could be an asset to the community. He was involved highly in bringing the Night of Lights to St. Augustine. The crew came and stayed at LaFiesta and became good friends. After 20 some years in the hospitality business, he sold it all and bought Dreamweavers on St. George Street for a few years. Ben and his wife invested along with a partner, built and own Moultrie Commons Business Park in 1996, and still own today. Ben in his free time was an excellent woodworker, many of his friends and family have things he has made. Ben and his wife are huge NASCAR fans. They bought a condo on Lake Norman just so they had a place to stay twice a year to attend the races in Charlotte, NC. He is a Charter Member of the Speedway Club. Ben built his home in Illinois, all the projects he started from the beginning from designing to actually building or remodeling, he did himself. Plumbing, electrical, etc. he could do. He was also a big animal lover. I am sure the Weimaraners he raised, Greyhounds he adopted and all the other pets are at the Rainbow Bridge waiting for him. But more than anything, he loved his family. He retired in 2007 after his granddaughter, Savannah was born to spend time with her. She was his pride and joy and love of his life. He is survived by his wife of 61 years, DeAnna; daughter, Kim LaMendola; granddaughter, Savannah LaMendola-Centeno; sister in law, Joan Bates (Mitch); brother in law, Thom Kallum; nephew, Ron Casacchia (Lillian), Tony Phelps (Kristi) and Matthew Phelps (Jenny) and many nieces, nephews and good friends. Memorial mass will be held at 10:30 am on Wednesday, March 16, 2022 at the Cathedral Basilica in St. Augustine. The family accepts flowers but if you wish you may make donations to, Horse Play Therapy at https://horseplaytherapy.org/ or Wags and Whiskers at http://wwpetrescue.org/donate/. St. Johns Family Funeral Home is in charge of arrangements.

The family of Ben P LaMendola created this Life Tributes page to make it easy to share your memories.

Send flowers to the LaMendola family.